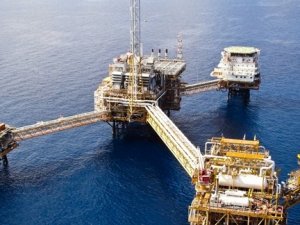 The US giant ExxonMobil strengthens its presence in the Mediterranean.

Within days, the representatives of the company will sign an agreement to conduct exploration activities in the Ionian Sea off the coast of Western Greece. Exxon will join the consortium between French Total and Greek Hellenic Petroleum, which are developing the region. The consortium is engaged in hydrocarbon surveying work in Block 2 beneath the Ionian Sea, in western Greece. The interest of ExxonMobil for this area adds validity to the argument that there are valuable extractable hydrocarbon resources in Greece. This will probably trigger geopolitical developments in the wider region.

Exxon has been negotiating for months to join Hellenic Petroleum in developing six flights on the coast of Greece. The concerned areas of development are the Gulf of Patra, Blocks 1 and 2 in the Ionian Sea, Block 10 in the Gulf of Kyparissia, and in the onshore regions of northwestern Peloponnese and Arta-Preveza. The company is also interested in areas that are not in the sight of the Greek company, such as the coasts around the island Crete.

Earlier the American oil company was selected to conduct research on the coast of Cyprus. This region is one of the most promising and interesting for investors in recent years after the discovery of deposits such as Aphrodite, Zohr (in the waters of Egypt) and the fields near Israel.

This news is a total 880 time has been read
Tags: ExxonMobil joins in consortium for developing Greek offshore oil fields