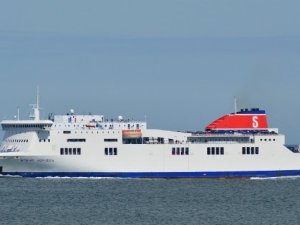 According to the Weymouth RNLI lifeboat crew, a woman died Sunday night after falling over the side of the ferry Stena Horizon in the middle of the English Channel.

Upon a request from the Solent Coastguard, the Weymouth RNLI all-weather lifeboat launched at about 1715 hours on Sunday to join the search for a woman who had fallen overboard from the ro/ro ferry Stena Horizon in the shipping lanes in the middle of the Channel.

Just before the lifeboat arrived on scene at a position between Portland Bill and Guernsey, the crew learned that the body of the woman had been found.

A rescue boat from the Stena Horizon had found her body and had taken her on board the vessel, which then continued on its journey. The lifeboat returned to Weymouth at about 1940 hours, where it was refuelled and made ready for its next callout.

Man-overboard incidents are an unfortunate part of passenger vessel operations, and Stena Line's vessels periodically experience similar episodes. In 2018, a Norwegian man died after falling from the ferry Stena Saga off Hamburgsund, Sweden. In 2014, two Albanian nationals went missing after jumping over the side of the ferry Stena Britannica off Harwich, England.

This news is a total 752 time has been read
Tags: Fatal Man-Overboard Incident Aboard Channel Ferry