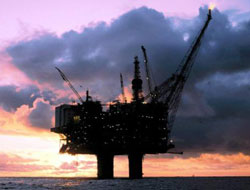 OIL prices dropped below $50 per barrel for the first time in almost two years.

The drop of oil prices raises fears that oil exports will be cut again.

OIL prices dropped below $50 per barrel for the first time in almost two years on the back of global economic woes, raising fears that oil exports will be cut again.

The Organisation of Petroleum Exporting Countries is preparing for another emergency meeting next week to consider new output cuts to halt the downward movement of crude prices.

There have been reports that US oil trader Koch, Shell and Swiss firm Glencore had booked very large crude carriers this week, and there were also suggestions that the hijacked Sirius Star VLCC was heading for storage off the US coast, a London broker said.

Nor Ocean Swedish broker Per Mansson said that up to five VLCCs had been booked, putting 10m barrels in storage, representing more than Saudi Arabia"s daily output.

Oil is left on ships for a few months

?No one wants this oil at the moment because of the poor refining margins, so oil is left on ships for a few months,? said Mr Mansson. He said there are more enquiries in the market for storage VLCCs.

The Atlantic market for VLCCs is more active this month than in October as refiners are booking double the number of 2m barrel capacity tankers than at the end of the third quarter.

A greater volume of crude is being loaded this month on VLCCs in the Gulf of Guinea compared with October.

It is indicated that 2m tonnes of West African crude was loaded on to VLCCs last month, and already to November 16, around 3m tonnes of crude has been loaded.

This is despite a fall in total West African loadings since August. Last month around 19.4m tonnes of crude was loaded on to all tankers in West Africa.

This news is a total 903 time has been read