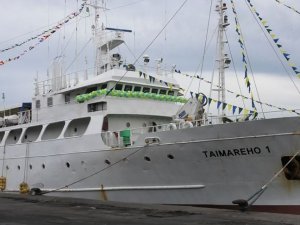 No data found on MV TAIMAREHO. There is Solomon-flagged, 66-meter passenger ship TAIMAREHO 1, looking like she’s the ship in question, AIS inoperable since Oct 2019. the missing include men, women, and children.

Ferry TAIMAREHO with some 60 people on board feared sank in Solomon islands waters, while en route from capital Honiara to West Are Are in Malaita Province, at night Apr 2, being caught in rough weather, brought by cyclone Harold. Solomon MRCC got distress message in the morning Apr 3, saying that the ferry encountered very rough seas and strong winds between 2am and 3am Apr 3, a number of passengers were washed overboard. SAR hampered by stormy conditions.

No data found on MV TAIMAREHO. There is Solomon-flagged, 66-meter passenger ship TAIMAREHO 1, looking like she’s the ship in question, AIS inoperable since Oct 2019.

Mitau confirmed the vessel was carrying passengers from the capital Honiara en route to West Are'are in Malaita province on Thursday night when the tragedy struck.

Dozens of people are still missing at sea after West Are'are constituency chartered vessel MV Taimareho was hit by cyclone Harold on its way from Honiara to Malaita.

The ship left Honiara wharf on Thursday evening despite bad weather warnings with passengers eager to flee to their homes amid fears of the Covid-19.

Reports reaching the Solomon Star asserted that the boat was hit by a huge wave sometime between 2am and 3am on Friday morning which resulted in the tragedy.

Director of the Solomon Islands Maritime Rescue Coordination centre Jonah Mitau said that according to the captain, only three people have been confirmed as missing.

But he said the figure keeps changing as eyewitnesses came forward and people made calls through mobile phones checking on their relatives.

"There are many figures being circulated but the actual number of victims received from the captain is 3 as of Friday morning," Mr Mitau said.

"However, the number is expected to keep changing as eyewitnesses come forward with their version of the events and investigations are underway," he said.

Mitau said the Search and Rescue are working on plans to engage either the Patrol Boat Gizo or a helicopter to conduct a search for the missing passengers.

"But we are yet to dispatch as we are very much dependant on the availability of funds to carry out the work," he said.

He said the search and rescue is currently conducting its operations to provide a more in-depth analysis of the incident.

The Solomon Star understands that the vessel sheltered at Su'u but could not go further due to the continuous bad weather.

Unconfirmed reports reaching this paper by relatives of the missing said that the missing include men, women, and children. 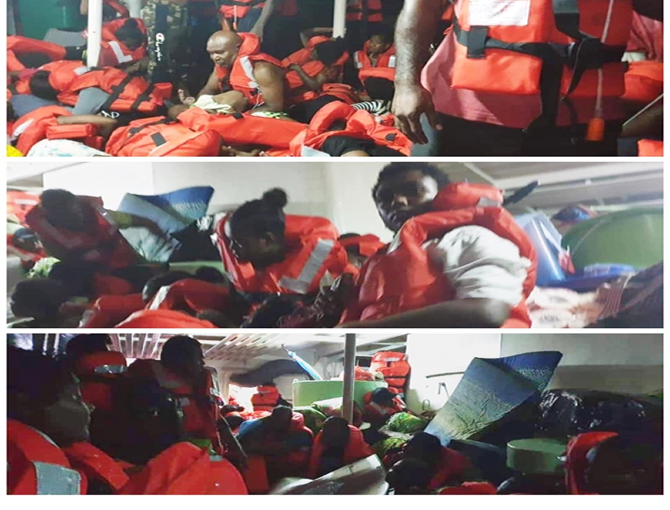