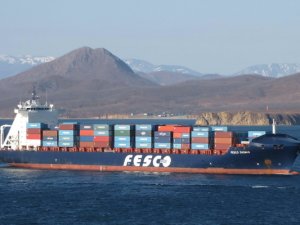 The transport group FESCO reduced the transit time of cargo delivery between the ports of the Far East of Russia and the ports of China via the regular FESCO China Direct Line (FCDL) after improvement and optimization of the service.

The transit time between Shanghai and Vladivostok is reduced from 5 days to 3 days due to the exclusion of the port of Busan from the rotation of vessels on the main line of the line – FCDL-Main. At the same time the call to Busan remains available on the northern branch – FCDL-North.

In view of the changes in the FCDL-North service of the Russian transport company, in cooperation with Hyundai Merchant Marine, the third container ship Hyundai Advance will be deployed to assist the operating ships Saxonia and Letavia. The design of the third vessel allows to provide sufficient volumes of capacity and a weekly regularity of service with fixed processing windows in all ports along the FCDL-North service.

All changes in the work of the FCDL line entered into force on March 31, 2017.

FCDL is the only direct service between the ports of China and the Far East of Russia. The line carries general, dangerous and refrigerated cargo in containers, as well as transportation of large-sized cargoes. FCDL operates on two routes – northern and main. Each branch – FCDL-Main and FCDL-North – is serviced by three vessels with a total capacity of 3,091 TEU.

This news is a total 696 time has been read
Tags: FESCO improved transit time between Russian Far East and China