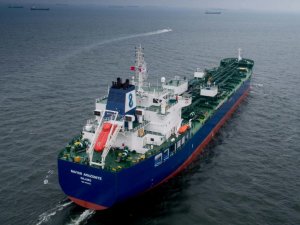 The Navig8 Saiph is the fifth of six vessels ordered by the company from Kitanihon.

In addition, the tanker is the first of two vessels to be partially financed under the secured loan facility with UniCredit Bank announced in November 2016.

The 16,000 gross ton Navig8 Saiph will be entered into and operated in the company’s Stainless8 pool.

The construction of the Navig8 Sceptrum, the sixth tanker from the batch, is expected to be completed this year, according to data provided by VesselsValue.