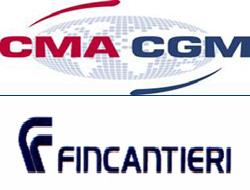 By adding this new brand to its customer portfolio Fincantieri ? which has long been world leader in the cruise shipbuilding sector ? has further consolidated its presence in the promising business segment of small and medium luxury ships.

The two ships will be similar in size to mega yachts, a ship type Fincantieri has recently started developing and which is now achieving its first commercial successes.

The 10,500-ton ships, which will fly the French flag, will be approximately 140 metres long and 16 wide. Passengers will be accommodated in 134 cabins and suites - all with external view - and 75% of which with a private balcony. Delivery is due in the first six months of 2010.

By drawing on cutting edge technologies the ships will be built also with due regard to environmental concerns, an important issue since their reduced scale will enable them to reach harbours and destinations inaccessible to larger vessels. The interior furnishings of these luxury ships will be designed on ?a human scale?, with great attention to detail.

The Compagnie des Iles du Ponant, founded in 1988, belongs to CMA-CGM Group, third biggest ship owning group in the world and the first in France in the container transport sector. Based in Marseille, the company has a fleet of three ships and serves the super luxury market.

Since 1990 Fincantieri has built 42 cruise ships with a further 21 (including 2 options) under construction or about to be built in Monfalcone, Marghera, Sestri Ponente and Ancona yards, corresponding to a market share of 42 percent.

This news is a total 753 time has been read