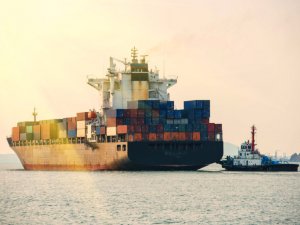 The Finnish government has voiced concern over surprise inspections on Finnish cargo ships visiting Russian ports in recent weeks, saying delays had been a problem for shipping companies.

Neighbouring Russia carried out seven thorough inspections in the past two weeks on Finnish ships at St Petersburgh and other ports, without giving a specific reason, a government minister said on Friday.

Such inspections usually take place for Finnish ships only a few times a year globally.

“The inspections have been exceptional … It is a challenge for the shipping companies, it makes their operation more difficult,” Minister of Transport and Communications Anne Berner told Reuters.

“There have been inspections by Russian ports for ships from other countries as well, but in this time range, most of the inspections have been carried out on Finnish ships.”

The Russian transportation ministry declined to comment but Berner said that seafaring authorities from the two countries had held discussions, with talks due to continue next week.

“It seems these inspections will not continue for the time being. We will confirm this on Monday in a call between ministries”, Berner said.

EU-member Finland shares a 1,340km (833 miles) border and a difficult history with Russia. It has accused Moscow of several airspace violations and propaganda attacks in recent years.

Finnish media have suggested the increase in Russian port inspections could be in response to an inspection by Finland on a Russian cargo ship in November because of an oil leak.

Berner described such claims as speculation.

“There is no evidence of connection (to Finland’s inspection),” the minister said.

This news is a total 668 time has been read
Tags: Finland Expresses Concern Over Rise in Russia’s Cargo Ship Inspections