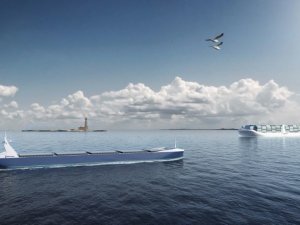 The Finnish government is taking the lead in the development of autonomous, unmanned ships to ply the world’s oceans in the not-so-distant future.

The Finnish Funding Agency for Innovation announced this week the launch of what it is calling a “new business ecosystem”, which brings together leaders in autonomous technology and startups working in the information and communications technology (ICT) sector to develop autonomous shipping solutions.

The goal is to provide the world’s first unmanned maritime products, services and a “vivid ecosystem” by 2025.

As a part of the ecosystem, the Finnish Ministry of Transport and Communications has committed to allowing the testing of autonomous vessels in Finland “in a flexible manner”. The Finnish Funding Agency for Innovation, also known as Tekes, has committed financing for autonomous marine ecosystem development and boosting new innovations into markets in the coming years.

In practice, the initiative will seek to create a common roadmap for reaching autonomous marine operations and enable effective co-operation and coordinated development between industry, research institutes, class societies and authoritiesThe roadmap creation and implementation is steered by a group of leading industry partners, according to Tekes.

The players in the business ecosystem include global leaders like Rolls Royce, as well as numerous ICT companies, Tekes said. DIMECC Ltd, an innovator for digitalizing industry in Finland, will act the project manager and is responsible effective cooperation and concrete objectives between the players.

This news is a total 15225 time has been read
Tags: Finland Targets Autonomous Shipping by 2025