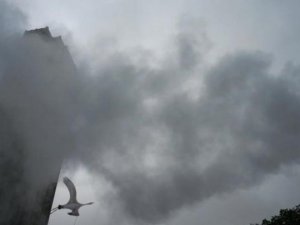 Carbon emissions in Finland's major cities have risen by one fifth in 2015 due to coal usage replacing natural gas, according to Finnish energy company Gasum on Friday.

Gasum said that coal continued to be used last year to replace natural gas in combined heat and power production (CHP), according to a study updated by the consulting company Poyry on the impacts of changes in energy taxation on CHP production.

"According to the current update, the replacement of natural gas has resulted in significant increases in carbon dioxide and local emissions in large cities in Southern Finland compared with the 2010 level," Gasum’s report showed.

Poyry's study showed that carbon emissions increased by 20 percent between 2010 and 2015 in Finland's large cities of Helsinki, Espoo, Vantaa, Tampere and Lahti

"This corresponds to 3.2 percent of Finland’s total greenhouse gas emissions. There has also been a significant increase in local emissions that are hazardous to human health. Particulate and sulfur dioxide emissions have doubled and nitrogen oxide emissions increased by one-third," according to the report.

The report showed that natural gas use in CHP is clearer than coal and made the recommendation that replacing the use of coal with natural gas would be the speediest and most cost-effective way to reduce the use of coal in Finland without making any additional investments.

The Poyry study shows that the energy tax reform carried out in 2011 did not in all respects reach its objective of steering toward the use of low-emission fuels.

In 2010–2015 the fuel taxes (energy-content tax and CO2 tax) levied on natural gas increased sevenfold, while the corresponding taxes on coal only tripled over the same period.

Despite the energy charge of natural gas having decreased by more than 40 percent since 2012, the repeated tax increases have contributed toward considerable reductions in the price competitiveness of gas against coal, the study showed.

This news is a total 1967 time has been read
Tags: Finland's carbon emissions increase due to coal, Turkish, Maritime

BP To Cut Caribbean Oil Due To Low Demand For VLSO BunkersThe problem-plagued Limetree Bay refinery in St. Croix, Virgin Islands, may lose its main supplier of crude, oil major BP, if it isn’t successfully up and running by December, according to two people familiar with the matter.