Finnlines connect to the Baltic Sea 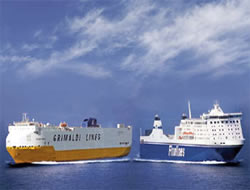 Grimaldi Lines, a company with one of the largest Ro-Ro fleets in the world, started a new service in May in conjunction with Finnlines, one of its subsidiaries.

Grimaldi Lines and Finnlines connect the Mediterranean to the Baltic Sea

Grimaldi Lines, a company with one of the largest Ro-Ro fleets in the world, started a new service in May in conjunction with Finnlines, one of its subsidiaries. This weekly service connects the Mediterranean Sea to countries in the Baltic Sea, particularly Russia.

Finnlines, a company which is part of the Grimaldi Group, has created a new option for transportation from the Mediterranean to the Baltic Sea with a new service it started in May. Finnlines offers this new service through Grimaldi Lines" EuroMed network. This service provides a convenient connection from the Mediterranean to Baltic countries, thanks to a new hub service that has also been started from Helsinki to St. Petersburg (Russia).

With weekly scheduled departures, this route provides a key service to Turkish companies that want to ship Ro-Ro cargo to Baltic countries. Cargo loaded at Izmir Port arrives at the port of Wallhamn in Sweden in approximately 22 days. After arriving in Sweden, the cargo is forwarded to Helsinki in two days and from there is sent on to Russia in two more days with Finnlines' Helsinki service. The same service is offered via transfer from Gemlik and Mersin as well as Izmir Port.

An expert in Ro-Ro shipments

Finnlines, which is part of Grimaldi Group, carries out Ro-Ro and passenger transport in the Baltic and North Seas. Finnlines, which benefits from Grimaldi Group"s strength, provides service to countries in the Mediterranean, West Africa and the Atlantic, including North and South America. Founded in Naples in 1945, Grimaldi Group today has the world"s largest and most extensive fleet of vehicle transporters and multipurpose Ro-Ro vessels for Ro-Ro, container and general cargo shipments. Grimaldi Lines has been represented in Turkey by Egekont since 1996. 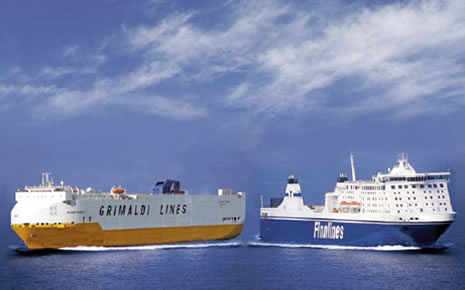