Fire Breaks Out on Supertanker off Dubai, Crew Safe 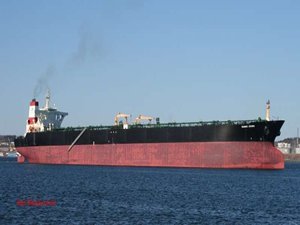 A fire erupted on board a very large crude carrier identified as Zoya 1, approximately 21 nautical miles northwest of Dubai, UAE.

Based on the initial information, the fire started as the crew members were doing maintenance work on board.
Having received a distress signal, the local rescue personnel managed to evacuate the crew from the stricken vessel, according to a statement from the Federal Transport Authority – Land & Maritime, adding that the 24-year old supertanker was not loaded with oil.
Activities are said to be underway to put out the fire.
The ship has been in the center of a legal dispute between owners of the ship and local courts, which resulted in the arrest of the ship for an unpaid loan.
The dispute left the desperate workers unpaid and stranded on the ship that has been drifting for three years off the UAE coast.
The 300,500-dwt VLCC is owned by Ullib Shipping, data from VesselsValue shows.
The National reported back in 2018, that the Panamanian-flagged tanker had 17 crew members on board, 16 Indian and one Pakistani seafarer, who could not receive clearance to come ashore. Video testimonies of the crew members point to terrible living conditions on board the ship. Containership Runs Aground on Lower MississippiThe U.S. Coast Guard reports that watch standers at Coast Guard Sector New Orleans received a call at 3:20 a.m. Friday that the Belita had run aground near 12-mile point, located at mile marker 81. Tanker broke in two, sank or sinking, MediterraneanProduct tanker LADY SANDRA was caught in rough seas and issued distress signal at around 2030 UTC Mar 25, reporting severe structural damages and hull about to break in two, E of Valetta Malta.