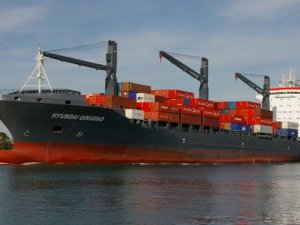 Sealand Los Angeles is the first of four ships chartered by container shipping line SeaLand, part of Maersk Group, which will be equipped with AMP or cold ironing system in early 2017, according to Hammonia.

AMP container, modification of main switch board (MSB) and cabling in between were installed in less than 4 weeks, while the vessel was in full operation.

“After first commissioning in Port Hueneme, the vessel could go online directly after berthing during her call to port of Los Angeles on January 17, 2017,” the ship management firm said.

AMP system enables ships to operate on electricity from the shore grid in the ports.

The 2,546 TEU Sealand Los Angeles was built by China’s shipbuilder Jiangsu Yangzijiang in 2008. Featuring a length of 208.9 meters and a width of 29.8 meters, the containership has a gross tonnage of 26,435 tons.

This news is a total 998 time has been read
Tags: First Hammonia Ship Commissions AMP System