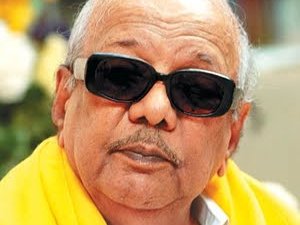 Despite three rounds of talks between fishermen of the two countries, latest one being held here last month, arrests of fishermen had not abated.

Expressing concern over the latest instance of arrest of 33 Indian fishermen by Sri Lanka, DMK President M Karunanidhi today sought Prime Minister Narendra Modi's intervention to hold talks with Lankan President Maithiripala Sirisena to find a solution to the vexed issue.Karunanidhi, however, welcomed Sirisena's statement that his country wanted a solution to this issue without affecting the long-standing ties with India."Though this (Sirisena's statement) gave some relief, Centre, especially Modi, should focus on long-time problems of the fishermen by holding talks with them besides state government and discuss it directly with Sri Lankan President and take steps to safeguard the livelihood of the fishermen," he said.Despite three rounds of talks between fishermen of the two countries, latest one being held here last month, arrests of fishermen had not abated, as the latest incident showed, Karunanidhi said in a statement here.Sirisena had asked his navy to arrest Indian fishermen violating their international maritime boundary, he said, adding this had caused apprehensions among the fishermen in the state.

This news is a total 1384 time has been read
Tags: indian fishermen, sri lanka, Karunanidhi