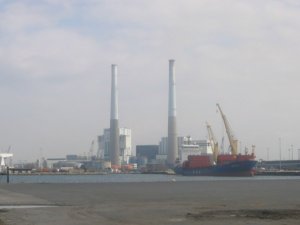 A French fishing vessel reportedly collided with a laden LPG carrier anchored outside Le Havre at around 02:10hrs local time on Friday.

The gas ship, Waasmunster, which is owned by Exmar LPG BVBA, was laden with around 18,000 tonnes of butane at the time of the incident, reports say.

Waasmunster‘s hull was breached below the waterline and suffered water ingress, but salvage teams successfully sealed the hole by 05:20hrs. The vessel remains at the anchorage.

The fishing vessel, Gros LouLou, suffered damage to its bow and there was water ingress some hours later. The boat is now berthed safely at Port-en-Bessin.

This news is a total 2752 time has been read
Tags: Fishing vessel collides with Exmar LPG carrier at Le Havre, türkishmaritime