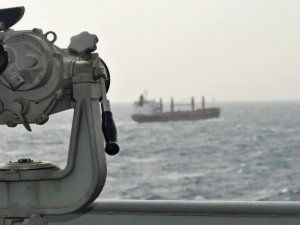 A total of five incidents of piracy and armed robbery against ships in Asia were reported in October 2016, according to piracy-watchdog ReCAAP.

Out of the five incidents, one was an incident of piracy in South China Sea and the other were armed robbery against ships in Indonesia, Philippines and Vietnam.

Two of these were Category 1 incidents, involving the abduction of crew from a general cargo ship and the hijacking of a tug boat towing a barge for theft of the oil cargo carried on board, while three were Category 4 incidents which occurred on board a bulk carrier while anchored at Panjang anchorage, Indonesia and on board a bulk carrier and a container ship while anchored at Vung Tau anchorage, Vietnam.

Between January and October 2016, a total of 64 incidents of piracy and armed robbery against ships were reported in Asia, representing a 65% decrease in total number of incidents compared to the same period in 2015 when 184 incidents occurred.

However, of concern was the occurrence of an incident of abduction of crew from a general cargo ship in waters off eastern Sabah and southwestern Philippines; and the hijacking of a tug boat towing a barge for theft of the oil cargo on board off Bintulu, Sarawak, East Malaysia.

ReCAAP ISC expressed its concern about the situation in the region and advised “slow moving ships with low freeboard to re-route away from the area, if possible.”

This news is a total 2201 time has been read
Tags: Five Asian Maritime Incidents Reported in October