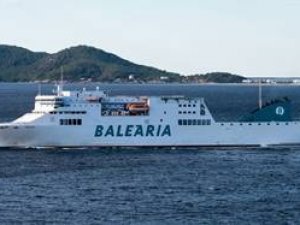 The Mediterranean ferry company Baleària will invest EUR 60 million (USD 70.2 mln) in retrofitting five ferries to run on natural gas and is planning to further expand its gas-powered fleet.

The use of LNG in these five vessels is expected to reduce more than 45,000 tons of CO2 annually, 4,400 tons of nitrogen oxide (NOx) and eliminate sulfur and particulate emissions completely.

Naples ferry will be the first ferry to adapt the gas propulsion since it is foreseen that these works are undertaken during the wintering of this winter said a press release from the company.

In addition to the gas remotorization of these five ferries, the company is also studying two other LNG projects and is building two smart ships at the Visentini shipyard in Italy, the first of which will be operational as of next February.

Adolfo Utor,  President of Baleària said that LNG is the most respectful fossil fuel in the environment and revealed that ‘in three years the company plans to have nine ships sailing with this energy’.

This news is a total 1496 time has been read
Tags: Five Baleària Ferries to Run on LNG