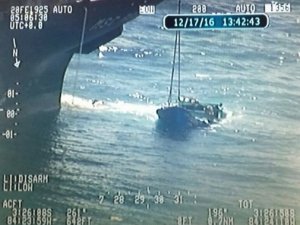 Five people died and six have been reported missing following a collision between MSC Regulus, a containership operated by Swiss-based Mediterranean Shipping Company (MSC), and the Ecuadorian fishing vessel Don Gerardo II on the border between Ecuador and

All of the dead and missing are from Don Gerardo II.

The 13,100 TEU MSC Regulus was on its way from Callao, Peru to Lázaro Cárdenas, Mexico, according to MSC.

“At the time of the collision, MSC immediately alerted the relevant authorities in both Ecuador and Peru; simultaneously, the crew members and senior command immediately initiated search and rescue procedures, with the wounded being brought on board the ship and treated,” MSC said in a statement.

An investigation is currently underway to determine the cause of the incident.

This news is a total 1179 time has been read
Tags: Five Dead after MSC Containership Collides with Ecuadorian Fishing Boat