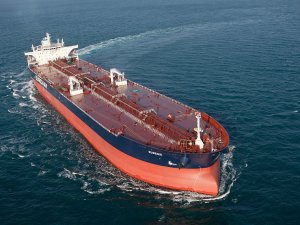 The crude oil tanker segment composing of VLCC, suezmax and aframax ships, experienced a net-fleet growth of 7.3%, which is equal to 24.3 million dwt during the period from January 2014 to October 2016, according to BIMCO.

The VLCC segment, with 20.7 million dwt or a net fleet growth rate of 11% took the lion’s share, followed by the suezmax segment with 4.4 million dwt or 5.5%. Whereas the aframax segment decreased by 0.8 million dwt or 1%, in relation to the fleet size of the specific ship segment.

However, BIMCO said that the demolition of the 1994-built VLCC Progress with 297,237 dwt by mid-October indicates a resumption of demolition activity for the crude oil tanker segment. Most recently in November 2016, another VLCC with 281,434 dwt was demolished, thus indicating a new trend in demolition activity.

While newbuilt deliveries in the crude oil tanker segment doubled from 0.9 million dwt in January 2014 to 1.8 million dwt in October 2016, ship demolition ceased to exist during the period as the freight markets improved significantly, bringing profitability back to the industry.

The key factor influencing the low demolition levels was solid earnings throughout the year in 2015. The decrease of the BIMCO dirty tanker earnings by 51% from January 2016 – October 2016 however, might have a reverse effect on future demolition activity.

Moreover, low bunker prices, which decreased from January 2014 – October 2016 by 53% or USD 301 per tonne, eased the pressure on fuel efficiency for the older ships.

The orderbook-to-fleet ratio of 16% in Q3 2016 provides evidence for future fleet growth. However, if the fleet in future expands by more than the growing need, it will contribute to an imbalance between supply and demand, therefore resulting in decreased earnings. This should trigger higher demolition activity in the crude oil tanker segment.

“Decreased earnings of crude oil tankers since the start of 2016 is a clear sign of the mismatch between demand and supply. Something which is not fundamentally changed by the seasonal upswing in Q4-2016 as seen for VLCCs,” Peter Sand said.

“In addition to freight market uncertainties, the enforcement of the ratified ballast water treatment legislation and the IMO global sulphur cap at 0.5% in 2020, will be a stimulus for demolition of inefficient ships and therefore could serve as a catalyst for an improving freight market,” he added.