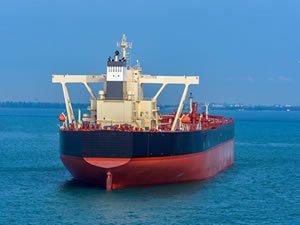 UK-based maritime company Fleetscape is investigating the possible transfer of Iranian oil to a tanker it finances, the Oaktree Capital Management-backed firm said after allegations by a U.S. advocacy group.

UK-based maritime company Fleetscape is investigating the possible transfer of Iranian oil to a tanker it finances, the Oaktree Capital Management-backed firm said after allegations by a U.S. advocacy group. Top oil shipping companies say they are grappling with a growing risk of handling oil shipments originating from countries that have been targeted by U.S. sanctions such as Iran and Venezuela.

A breach of U.S. sanctions could mean a company faces sanctions such as losing access to the dollar financial system, having assets seized, and having insurance cover for ships canceled, U.S. and insurance industry officials say.

United Against Nuclear Iran (UANI), which monitors Iran-related tanker traffic through ship and satellite tracking, alerted Oaktree of the issue in a Feb. 15 letter seen by Reuters.

UANI said in the letter it believed there had been a transfer of Iranian oil to Fleetscape’s Suez Rajan tanker from a vessel called the Virgo on Feb. 13.

UANI said the Virgo was suspected of picking up oil from Iran’s Kharg Island terminal on Jan. 22. UANI did not say how much oil was believed to be loaded.

Shipping data showed the Suez Rajan was able to carry a maximum of nearly 1 million barrels of oil. A spokesperson for Fleetscape said: “We take any allegation of non-compliance very seriously and are cooperating fully with the U.S. authorities in a thorough investigation into this matter”.

Empire Navigation did not immediately respond to requests for comment. One of Suez Rajan’s insurers, UK P&I Club, separately told Reuters it had been “alerted to the nature of this transshipment” and was investigating the matter.

The tanker last reported its position on Feb. 16 near the Singapore Strait and showed it was close to being fully laden with oil, ship tracking data on Eikon showed.

The U.S. Treasury and State Department declined to comment and the owners of the Virgo could not be located for comment.

The Department of Homeland Security also did not respond to requests for comment. Accidental transfers of Iranian oil involving U.S. companies are rare.

In January, U.S. ship certification company ABS said it had withdrawn the environmental and safety classification for two tankers due to Iranian oil shipments. Last year Denmark’s Maersk Tankers said it halted two separate oil transfers involving two vessels it managed after being alerted by UANI that the origin of the oil was Iranian.

This news is a total 891 time has been read
Tags: Empire Navigation , UANI , Virgo vessel , Iranian oil tanker , U.S. sanctions such as Iran and Venezuela