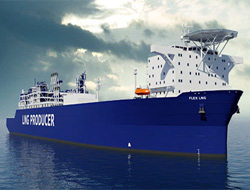 FLEX LNG Limited has upped the size of the LNG producer hulls it is building at Samsung Heavy Industries.

FLEX LNG Limited has upped the size of the LNG producer hulls it is building at Samsung Heavy Industries.

The maximum production capacity the LNGP Hulls can support has been increased from 1 mtpa to about 1.7 mtpa.

The size and design change also covers all future options held by FLEX LNG with SHI for additional LNGP Hulls.

The firm contract price per LNGP Hull is $458,455,000, which includes gas loading system, topside supports and utilities for up to 1.7 mtpa production capacity and offloading and marine facilities.

The delivery windows for the LNGP Hulls remain the same as for the SPB Panamax LNG Carriers.

FLEX LNG is not scheduled to pay any instalments to the yard under the new contracts, including potential declaration of an optional LNGP hull in April, until September 2008.

"We are pleased to conclude this agreement with SHI and it is a testament to the continued excellent partnership where FLEX LNG and SHI together will design and construct the world's first floating liquefaction units, said Philip Fjeld, the CEO of FLEX LNG."

"This is also a company changing event for FLEX LNG," he said, "as we are now in a position where more than 50% of the estimated total LNGP cost has been turned into turnkey contracts. We are on schedule to conclude the tender process and are in a comfortable position with respect to placing a final order for topside modules."

"FLEX LNG has been working on the 170.000 cu.m LNG Producer design together with SHI since mid 2007 and the new design has been discussed with leading LNG players through technical and commercial due diligence processes in order to gain market acceptance for the changes," noted Fleld. "It is also a design that is beneficial for most of the projects we are developing in the Atlantic and Asia/Pacific basin." 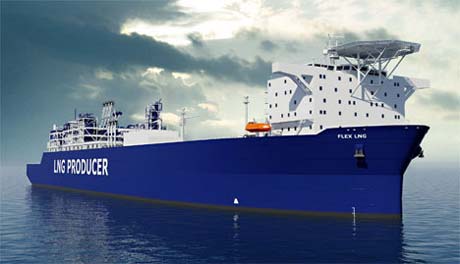 This news is a total 1612 time has been read