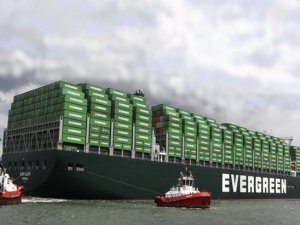 Spot rates between Asia and the US peaked last week at US$3,711/FEU on the west coast and US$4,496/FEU to the east coast, according to Freightos’ FBX01 Daily and FBX03 Daily Indexes.

Following up on last week's efforts by the Chinese Ministry of Transport to curb runaway spot rates, United States authorities have threatened to take carriers to court if they discover evidence of collusion in the container shipping industry's highly profitable response to the global pandemic.

The US government’s Federal Maritime Commission (FMC) called a private meeting 16 September to discuss what it described as “market trends in trade lanes serving the US and actions taken by both individual carriers and global alliances in response to Covid-19 and related impacts to the shipping industry”.

Spot rates between Asia and the US peaked last week at US$3,711/FEU on the west coast and US$4,496/FEU to the east coast, according to Freightos’ FBX01 Daily and FBX03 Daily Indexes.

The resulting surge in carrier profitability and a miserable peak season for shippers dealing with soaring transportation costs have surprised all leading analysts.

“If there is any indication of carrier behaviour that might violate the competition standards in section 6(g) of the Shipping Act, the Commission will immediately seek to address these concerns with the carriers,” said the FMC.

“If necessary, the FMC will go to federal court to seek an injunction to enjoin further operation of the non-compliant alliance agreement.”

With the prospect of a US$15 billion pandemic windfall, if it is able to maintain its collective discipline for what remains of 2020, the industry is on the verge of posting its most profitable year on record.

Chinese authorities challenged the industry’s newfound pricing power last week and brought about a reversal in plans by Chinese carriers COSCO/OOCL to introduce another general rate increase, effectively bringing to a halt a seven-week bull run in spot rates on the transpacific trade.

However, in a sign that the lines are co-operating with the authorities, the normally non-committal Taiwan carrier Evergreen told Container News, “We are communicating with China’s Ministry of Transport on all matters concerned with its recent inquiries.

Evergreen’s pricing strategy is based on its own operating costs and on customer demand. We will always monitor developments in the market and make any necessary adjustments to our freight rates accordingly.”

Nevertheless, the FMC meeting is another sign that governments are ready to intervene to prevent lines from reaping the rewards of consolidation in the industry over the last decade.

At the same time, the European Competition Directorate also indicated it is monitoring the situation. “We are aware of the investigations conducted in some jurisdictions on liner shipping.

The European Commission is monitoring the developments in the sector of liner shipping,” reported a Commission spokeswoman.

Carriers have been able to navigate the challenges of the pandemic and its negative effect on global trade by blanking sailings which has helped match demand to supply on the principal trade lanes.

Commissioners received detailed reports on this activity that was looking at “trends in spot rates, longer term service contracts, utilisation of equipment, blanked sailings, revenue trends, the policies of individual carriers and global alliances for service changes, and what notice must be provided to the FMC when there are blanked, cancelled, or amended voyages,” added an FMC spokesperson.

This news is a total 2236 time has been read
Tags: FMC to investigate carriers' runaway rates success