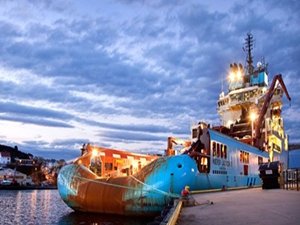 Brazilian prosecutors have charged a former Maersk Supply executive and a contracted shipbroker with the crime of "active corruption" for their alleged role in the sprawling bribery scheme involving Brazilian state oil major Petrobras.

According to the Federal Public Prosecutor's office, Maersk Supply Service's then-managing director for Brazil, Viggo Andersen, worked with broker Wanderley Saraiva Gandra to pay kickbacks to the head of Petrobras' refining and supply department. In exchange, they would receive privileged information about contract tenders and assistance in winning bids. The scheme allegedly entailed paying 1.25 percent of the total of each vessel charter contract to Gandra's brokerage firm, which would give half of this amount (0.75 percent) to Petrobras supply director Paulo Roberto Costa as a bribe. Prosecutors allege that Andersen and Gandra's operation continued from 2004 through 2014, resulting in a cumulative payout of about $730,000 for Costa.

Costa is a central figure in the sprawling "Lava Jato" Petrobras bribery investigation, which is now entering its sixth year. In addition to Costa, Petrobras employee Eduardo Autran stands accused of facilitating these transactions "through the execution of illegal orders and the taking of administrative decisions deliberately harmful to Petrobras," according to charging documents.

The federal prosecution team is seeking total damages in the amount of $32 million on behalf of Petrobras.

“The situation that led to the [investigation] in the case of Maersk is that, in addition to directing contracts, we were able to verify that Maersk chose to hire a totally inexperienced broker [Gandra], without any prior link with the performance in the sector. Why would such a large company do something so awkward?” said federal prosecutor Marcelo Ribeiro in announcing a raid on Maersk's Brazilian offices last year.

This news is a total 2631 time has been read
Tags: Former Maersk Exec Charged in Connection With Petrobras Bribery Scheme