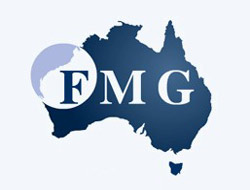 Fortescue Metals Group Ltd, which described itself as "the new force in iron ore", began loading its first commercial shipment on Thursday.

Fortescue Metals Group Ltd, which described itself as "the new force in iron ore", began loading its first commercial shipment on Thursday.

Western Australian Premier Alan Carpenter attended a ceremony at Port Hedland to mark the occasion, saying the positive outcomes of the project, which includes a mammoth infrastructure component, for the state were immense.

"It is also the first time that surface mining technology has been used in the North-West industry, enabling efficient extraction and blending of the ore."

The three-and-a-half year project was delivered on time and cost about $4 billion, after taking into account financing costs, debt servicing requirements and pre-commitment expenditure.