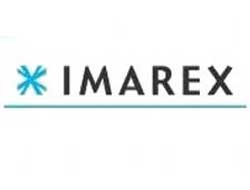 The total number of maritime freight derivatives transactions was up 10 % on the previous month, to 1 895 transactions.

The total number of maritime freight derivatives transactions was up 10 % on the previous month, to 1 895 transactions.

The total number of maritime freight derivatives transactions was up 10 % on the previous month, to 1 895 transactions. In May the overall traded value increased by 62 % month-on-month compared with April, and this trend continued in June with an overall trade value growth on May of 38% to USD 994 million, representing a 161% growth on the 12 month low (December 2008). The total number of lots1 increased to 42 523, up 20% from May and 57% from the 12 month low (December 2008). Energy trading volume meanwhile was up 12 % month-on-month, to 1 114 TWh2, while the overall number of energy3 transactions, at 27 369, was up 9 % compared to the previous month.

?These statistics are good news and we are especially glad the freight futures market is recovering more and more every month. It shows through in the increase in the number of transactions, in volume and in trade value,? says Herman W. Michelet, Chief Executive of Imarex. ?Other highlights include that the open interest on options has hit a new record and our energy business is showing volume growth of 12 % year-on-year.?

The number of dry bulk futures transactions was up 34 % year-on-year and has increased by 263% from the 12 month low (December 2008). Dry bulk freight rates kept increasing through June 2009. The dry bulk freight rates can be illustrated by the Baltic Exchange Dry Index for spot rates, which was 3 494 at the end of May and 3 757 in the end of June 2009. The trade value of dry bulk futures transactions continued to grow for the third straight month to USD 374 million in June, up 399% from the 12 month low of USD 75 (March 2009) and up 32% on May.

At the end of the reporting month, open interest for dry bulk was 25 682 and 29 711 for tanker futures lots (long only positions). Open interest for freight options hit a new high of 43 562 lots. The open interest is the total number of lots which remain to be liquidated by either close-out trades or delivery at NOS Clearing. NOS Clearing counts only long positions. Other clearing houses often count both long and short positions into the open interest.

This news is a total 5464 time has been read