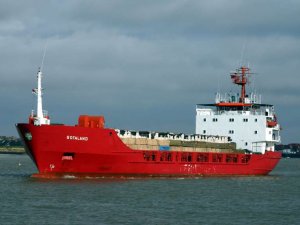 The fire reportedly spread across the entire Togo-flagged ship. Local firefighters are currently on scene and are trying to contain the fire.

Turkey’s Minister for Transport, Maritime Affairs and Communications Lutfi Elvan told Haber Turk that four tugboats have been sent to the scene to help put out the fire.