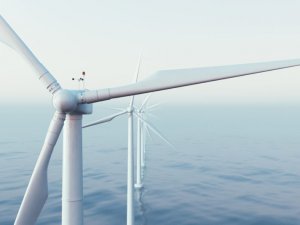 By Francois de Beaupuy (Bloomberg) –French floating wind farm developer Eolfi SA is seeking new investors to fund the next stage of its expansion, people familiar with the matter said.

Alain Delsupexhe, the founder and main shareholder of Eolfi, is seeking bids for the business and the process is at an advanced stage, the people said, asking not to be identified because the discussions are private. The company has drawn interest from oil and gas companies, including Royal Dutch Shell Plc, Northern European utilities and financial investors, among others, one of the people said. No final decisions have been made and the talks could still fall apart, they said.

Oil giants such as Shell, France’s Total SA and Norway’s Equinor ASA are increasingly diversifying into power production as they try to meet investors’ and society’s demands to transition into low-carbon energy. The falling cost of renewable energy is also luring companies to the sector. Shell has been the most active deal-maker in clean energy among Big Oil this year, according to BloombergNEF.

Floating wind turbines are the new frontier for wind-power developers. These can be installed further out at sea, allowing them to take advantage of stronger and more constant wind.

Energy companies see value in offshore wind and floating turbines because they can also be used to supply power to their oil projects at sea. Equinor made a final decision this month to set up 11 floating wind turbines in the North Sea to power oil platforms off Norway.

Eolfi, which develops floating wind projects along France’s Mediterranean coast, in Brittany and in Taiwan, may benefit from efforts to promote the technology. France plans to tender a 250-megawatt floating wind project in Brittany in 2021, followed by two the same size in the Mediterranean in the following years. These are on top of auctions for 1 gigawatt of offshore wind projects a year through 2024, the government said in June.

Eolfi is targeting a final decision for its pilot project to install three floating turbines in Brittany next year, according to its website. The project, developed with China General Nuclear Power Corp. and a French state-owned bank, will require an investment of 230 million euros ($256 million) and will receive subsidies from the French government.

The 9.5-megawatt turbines will generate around 100 gigawatt-hours of electricity, enough to meet the annual demand of 47,000 people, according to the company.

This news is a total 336 time has been read
Tags: French Floating