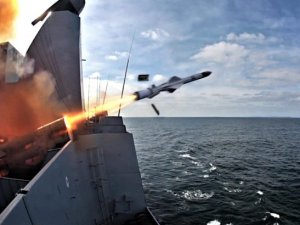 MBDA will start delivery of the first MM40 Block 3c anti-ship missile to the French Navy (Marine Nationale) in 2021, according to the latest official French defense budget documentations.

What’s more, according to the same documents, a larger number of those upgraded Exocet missiles will be ordered: The initial target called for 35 missiles. In December 2011 the French MoD placed an initial order for 35, but the number was reduced to just 15 missiles in the 2014-2019 military planning law. The latest military planning law (2019-2025) brings the figure back to 35 missiles as initially planned.

In addition, 20 more MM40 Block 3c are set to be ordered from MBDA post-2020 bringing the total number of missiles for the French Navy to 55.

Compared to the existing Block 3, the “Block 3c” variant brings to the Exocet a new digital RF seeker by Thales. The “c” stands for coherent. The most important benefit of Coherent Radar Processing is the ability to differentiate relatively small differences in velocity (which correspond to small differences in phase). This coherent target processing technology offers Doppler resolution/estimation and provides less interference and signal/noise benefits relative to non-coherent processing.

Basically, the new MM40 Block 3c will be more resistant to the latest jamming systems and is will probably (“on paper” at least) even be able to recognize surface vessels, thanks to the use of advanced wave forms: This means that the new seeker will potentially be able to recognize a targeted ship within a group of ships and impact specific areas of that target. This is already achieved with modern anti-ship missiles such as the LRASM and NSM, but both of these use infra-red seekers.

While the Block 3 upgrade of the Exocet brought a longer range (200 Km) thanks to a turbojet engine and the ability to strike coastal targets, thanks to GPS navigation, it used the same RF seeker as the Block 2: A 30+ years old technology that wasn’t digital.

Similar upgrades on the AM39 air to surface variant and SM39 submarine launched variant are expected to follow. These two missiles have already received a digitization upgrade of their systems bringing them to the AM39 Block2 Mod2 standard for the Rafale F3 and to the SM39 Block2 Mod2 standard for the Suffren-class (Barracuda SSN program). The Coherent seeker upgrade will likely bring both missiles to the Block 3 or Block2 Mod3 standard.

With this latest variant of the Exocet family (which started its service in the 1970ies with the MM38) in its inventory, the French Navy is set to have a very capable anti-ship missile until its replacement, the FCAS/W, comes along in the 2030ies.

Atlantique 2 firing Exocet AM39With a range of up to 70 km, depending on the altitude and speed of the aircraft, the Exocet AM39 enables the aircraft to remain at range from enemy air defences.© MBDA Guillaume Izard / 2007 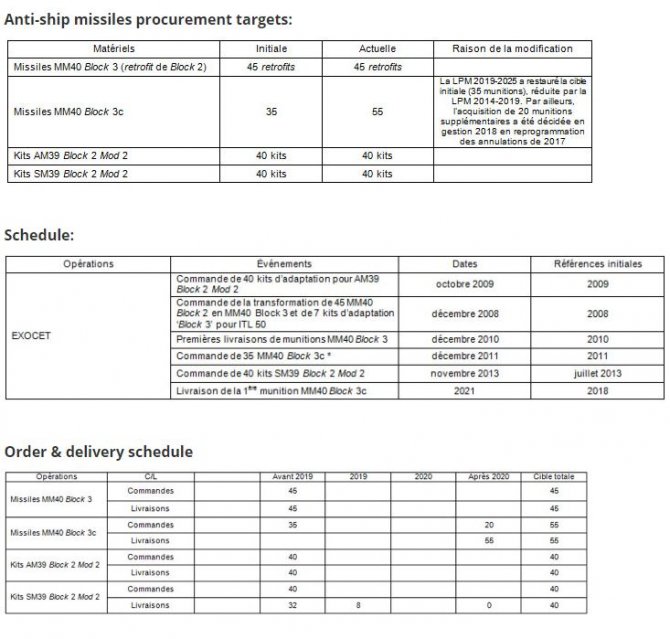 This news is a total 837 time has been read
Tags: French Navy, Anti-Ship Missiles