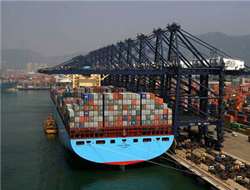 Within 2015 European Union has the intention to modify ship customs formalities and the current EU customs regulations application disposals. This involves proposals – which concern the port policy reconsideration – adopted last May 23th and that aim to promote European ports competitiveness and set free their growth potentiality.

The first proposal calls for customs formalities simplification for shipping transportation inside European Union, thanks to the simplified customs procedures strengthening of which shipping companies – that effect line services in the EU and carry above all goods coming from EU – can already take advantage. At the moment in order to have the opportunity to benefit of such procedures the operator has to satisfy some requests: ships may only travel back and forth between EU ports following a prearranged route and it is necessary a prior authorization.
To further simplify the line service system, the European Commission put before the committee in charge examination a customs regulations in-force-application-disposals modification. The modification concerns the authorization times decrease, shortening further to 15 days the consultation period between Member States, and the extension to the future ports of call.The second proposal provides instead for customs formalities simplification for ships that stopover in other countries (non-EU).
90% of ships carries both EU goods or non-EU goods and they frequently layover in EU ports or other ports as for example Norway, Northern African countries and Russia. The European Commission explained that for this kind of ships it is considered to improve substantially customs procedures establishing a system that permit to distinguish on board EU goods (which have to be downloaded rapidly) and non-EU goods, which have to be subject to the due customs procedures.
To this aim the Commission, within the end of the year, will present a proposal for the definition of a balanced electronic shipment statement. <Europe – commented the Commission Vice-President Siim Kallas, Transportation responsible – has to face considerable challenges in terms of traffic increase and pollution. Then it is necessary to take advantage at the utmost of short-range shipping potentialities and provide an eco-friendly transportation solution at a lower cost, able to carry more goods relieving the pressure on European roads.
We propose innovative instruments to simplify bureaucracy and contribute to make shipping a more attractive choice for customers who desire move goods inside EU
www.turkishmaritime.com.tr
This news is a total 1821 time has been read