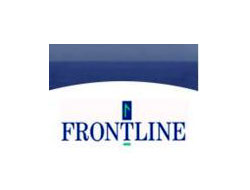 Frontline Ltd. has cancelled six of its sixteen newbuildings on order from two Chinese shipyards.

Frontline Ltd. has cancelled six of its sixteen newbuildings on order from two Chinese shipyards.

The company said it has entered into an agreement with Jiangsu Rongsheng Heavy Industries (Rongsheng) to cancel the order for four suezmaxes and another two VLCCs on order from Zoushan Jinhaiwan.

The cancellation represents 33% of its newbuilding program and a total contractual cost of $556 million, the company said in a statement Thursday.

"The installments already paid on the cancelled newbuildings will be applied to and set off against future payments on the remaining newbuildings," Frontline said.

Frontline still has four suezmaxes on order at Rongsheng, as well as four VLCCs at Jinhaiwan and another two VLCCs at Shanghai Waigaoqiao Shipbuilding.

In addition to the cancellation, Frontline said that it has secured long-term pre- and post-delivery financing for the two VLCC newbuilding at Waigaoqiao, amounting to $146.4 million or 70% of contractual cost.

"The reduced newbuilding program, the additional committed financing, the low cash cost breakeven rates and the large cash deposits for the vessels on long term lease reduces the financial risk and creates a good platform for cash generation," Frontline explained.

The company said its earnings in Q1 2009 reflected the weaker spot market.

"The Board has decided to employ Jens Martin Jensen has as Acting CEO of Frontline Management AS shown a high degree of professionalism in this work and the Board particularly wants to thank him for his huge contribution to reduce Frontline"s newbuilding commitment," the company said.

This news is a total 2962 time has been read