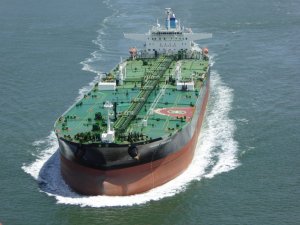 The ships in question are FSL Piraeus and FSL Perth, built at China’s Dalian Shipbuilding Industry Corp in 2006. The product tankers have been recently deployed under pool agreements.

FSL Trust Management, a trustee-manager of FSL Trust, said that subsidiaries of the trust have signed memoranda of agreement (MOA), having received the initial 10% deposit in escrow.

Although FSL Trust has not disclosed the name of the buyer, VesselsValue’s data shows that both ships were purchased by Indonesia-based Buana Lintas Lautan which paid USD 19.85 million per tanker.

As informed, completion of the transaction is scheduled to take place before the end of January 2020, at which time the net proceeds will be used for partial repayment of the trust’s outstanding bank debt.

In addition, an estimated USD 14.8 million will be used for the newbuilding acquisition announced in December 2018 and April 2019 and for general corporate purposes. FSL Trust currently has two LR2 tankers on order at COSCO Shipping Heavy Industry Yangzhou in China.

As of December 31, 2019, the FSL Piraeus and FSL Perth will be classified as ‘held for sale’ and the trust will book an impairment charge of approximately USD 5 million on these vessels, according.

Following the sale of the tanker pair, FSL Trust’s fleet will comprise sixteen vessels including containerships and tankers.

This news is a total 654 time has been read
Tags: FSL Trust, Tanker