Fuel demand may be snuffed 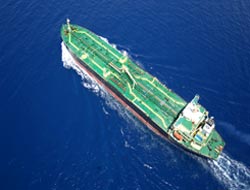 New regulations that will force the shipping industry to switch to cleaner fuel could snuff out nearly a quarter of European demand for fuel oil by 2015.

New regulations that will force the shipping industry to switch to cleaner fuel could snuff out nearly a quarter of European demand for fuel oil by 2015.

New regulations that will force the shipping industry to switch to cleaner fuel could snuff out nearly a quarter of European demand for fuel oil by 2015. The package of measures will add to the woes of the dirtiest and least profitable oil product: sludgy, bottom of the barrel fuel oil left behind from refining more profitable motor fuels.

Under legislation voted in by the United Nations' International Maritime Organization (IMO), new sulphur content specifications for ships operating in the Baltic, the North Sea and the English Channel will be revised down from 1.5 percent to 1 percent next July.

Demand for shipping fuel, known as bunker fuel, in these key transport channels amounts to nearly a quarter of the European fuel oil market.

Demand in the region for even the lightest fuel oil grades could collapse when a 0.1 percent cap is introduced in the original Emission Control Area (ECA) in Europe from January 2015, compelling shipping firms to switch to lighter gas oil.

"We are expecting a step change in the gas oil market. The quantity (of fuel oil) consumed in this ECA is estimated at 20 million metric tons and that material is potentially going to shift to the 0.1 percent market," said Colin Birch, vice president of energy consulting group Purvin and Gertz.

"In the long run, it will take away the main outlet for material coming from high sulphur crude as you can no longer use the residue from those crudes to make bunker fuels," said Birch.

"It is another large potential reduction in fuel oil demand."

In Europe, demand from shipping accounts for about 40 percent of the 90 million metric ton a year fuel oil market.

The rest comes from the manufacturing and power generation sectors but they too are turning to cleaner natural gas or lighter oil grades.

European refiners are considering the legislation and will need to start investing in upgrades soon if they are to meet the potential surge in gas oil demand in 2015.

But with the differential of gas oil to crude oil -- known as the crack spread -- languishing near five-year lows many refineries are hesitant to commit funds.

"It is unlikely that refiners will see a long-term incentive to invest in residual fuel desulphurisation capacity," said Stefka Ilieva, fuel oil analyst at energy consulting group Poten and Partners.

Based on current refining capacity and planned upgrades, Purvin and Gertz estimate bunker costs could soar by about $300 a metric tons as a result of the switch to gas oil.

One option would be for the shipping sector to fit devices known as scrubbers, removing sulphur from fuel oil onboard instead of during the refining process. But analysts said the costs associated with this were still unclear.

In the short term, next year's 1 percent sulphur cap could boost European demand for low-sulphur grades by 15 million metric tons a year and make a profit for refiners for that quality at least.

Demand for heavy products in Asia is set to rise largely unfettered by environmental legislation. Since the region is not classified as an ECA it is only subject to more general global caps.

"Europe and Russia have been long high sulphur fuel oil and there is a natural arbitrage to Asia," said a Moscow-based fuel oil trader.

"This will increasingly be the case with the new legislation next year."

This news is a total 1884 time has been read