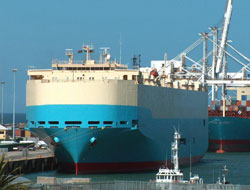 Fuel oil, the waste left after making gasoline and diesel, is becoming as valuable as crude for the first time in six years.

Fuel oil, the waste left after making gasoline and diesel, is becoming as valuable as crude for the first time in six years.

Fuel oil, the waste left after making gasoline and diesel, is becoming as valuable as crude for the first time in six years. Prices have doubled this year to the equivalent of $66.47 a barrel in Singapore, approaching the $70.30 of Arab Light crude, which has been more expensive since July 2003. Fuel oil output at refineries in the developed world fell 18 percent in April from a year earlier, the International Energy Agency estimates. China's imports climbed 46 percent in June from a year earlier, Barclays Capital said in a July 22 report.The increase is squeezing Hamilton, Bermuda-based Frontline Ltd. and A.P. Moeller-Maersk A/S, the world's biggest shipping companies, while rewarding Exxon Mobil Corp. and Reliance Industries Ltd., owners of the largest refineries in the U.S. and Asia. The shortage is growing as the oil industry builds new plants that obtain more gasoline and diesel from each barrel.

"I don't expect the situation to change any time soon" in fuel oil, said Christian Laurenborg, a Copenhagen-based trader for Maersk, the operator of more than 500 container ships. "We are suffering a bit." Frontline, the world's biggest operator of oil tankers, has ordered captains to slow their ships to conserve fuel, said Chief Executive Officer Jens Martin Jensen. The average vessel consumes about $40,000 of the fuel, known as bunker, a day.

"With bunker prices going up, it has a strain on the bottom line," Jensen said in a telephone interview. "We are slow steaming, it makes sense to slow down."

Fuel oil is what remains after propane, jet fuel, gasoline and diesel are distilled from crude. Refiners can build plants that take that residue and process it again to strip out more fuels for cars, trucks, trains and airplanes.

Every 42-gallon barrel of Arab Light crude yields 19 gallons of fuel oil when run through a typical refinery, according to New York-based Energy Intelligence Group. Plants equipped with so-called cokers and hydrocracking units produce almost no fuel oil.Fuel oil cost $10.15 a barrel less on average than crude during the past five years. The discount to Persian Gulf benchmark Dubai oil narrowed to $1.56 a barrel July 24 from $30.46 in June 2008. The price in Singapore may exceed crude within three months,said Harry Tchilinguirian, a senior oil markets analyst at BNP Paribas SA, France's largest bank.Fuel oil may surpass crude "for quite some time, six months is possible," JPMorgan Chase & Co. vice president of energy strategy Vima Jayabalan said in a phone interview from Singapore.

This news is a total 3087 time has been read