Fuel price spread back in the spotlight 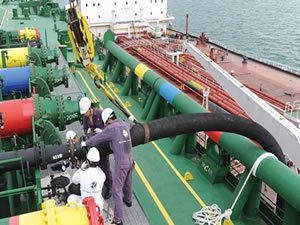 Since early November, the spread has widened steadily so that it now stands at $92 per tonne in Rotterdam and $112.5 per tonne in Singapore.

With the fuel price spread between low and high sulphur fuel oil now firmly back in triple digit territory in Singapore, the world’s top bunkering hub, for most of this month, shipping lines – and scrubber manufacturers – are looking ahead to assess whether the gap will widen or stay at levels reached in January.

Since early November, the spread has widened steadily so that it now stands at $92 per tonne in Rotterdam and $112.5 per tonne in Singapore.

“Current marine fuel futures prices imply that this spread should remain relatively close to today’s levels over the next two years at both hubs,” Alphatanker stated in its most recent weekly report.

Peter Sand, chief shipping economist at BIMCO, predicted earlier that the price spread between shipping’s top two fuels would stick at around $100 per tonne within a band of $20 per tonne.

The price gap globally today stands at $75, according to the latest data from Ship & Bunker.

Alphatanker pointed out this week that an important driver widening spreads has been a low sulphur tighter middle distillate market of late. These have tightened amid seasonal heating demand with certain major markets such as the US Northeast, North Asia and central Europe still having a significant portion of their residential space heating demand accounted for by either heating oil (US and Europe) or kerosene (North Asia). In turn, higher middle distillate prices have fed into stronger VLSFO prices since low sulphur middle distillates are blended into many, although not all, VLSO grades.

“All told, while we consider that spreads reaching $150/mt is possible this year, we consider that a spread of $200/mt is highly unlikely unless crude prices were to move closer to $70/bbl,” Alphatanker predicted.

Bunker market analysts MABUX said this week the forecast price for Brent in 2021 is projected to be $60 to $65 per barrel, meaning the ship fuel price gap will grow moderately this year, reaching $120 to $130 in the medium outlook.

Alphatanker said the outlook for scrubber economics is now far brighter than four months ago. However, these economics remain far below which many shipowners were looking to when deciding whether to retrofit scrubbers on their ships.

Prior to the onset of the global sulphur cap at the start of 2020, a price gap of $150 was deemed as the absolute outlier in terms of owners making a swift return on investment for their scrubber outlays.

Alphatanker calculations suggest that a scrubber retrofitted to a tanker leaving drydock today would take three to four years to pay off, depending on tanker type plus the number of days at sea, compared with pre-IMO 2020 expectations that such an investment would be paid off within two years.

Statistics from DNV GL show that 7.5% of the commercial fleet has either ordered or already installed a scrubber.