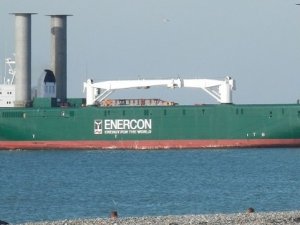 Over a period of centuries and even into the 20th century, wind driven vessels carried trade between nations. During the early 20th century on the Upper Great Lakes, some ship owners increased payload capacity by converting coal-powered steam ships to bulk-carrier schooners. When fuel prices increased during the later 20th century, ship designers reconsidered the use of wind assisted propulsion to reduce fuel cost. The variety of designs includes deck-mounted sails, adapting modified airplane wings to function as airfoil sails, deck-mounted vertical-axis Magnus (Flettner) rotors and a proposal for a large-diameter deck-mounted 3-bladed wind turbine.

The 20th century saw many innovative developments in textiles and fabric that included lightweight, ultra-strong, UV-resistant fabric such as Kevlar, nylon, rayon, glass fiber, carbon fiber and numerous other materials that could be used as sail material for boats. Combining development in materials/fabric technology with developments in frameless para-cell kites and kites that could be pumped with air pressure resulted in the appearance of rugged kites capable of withstanding severe wind buffeting. Such developments made possible the emergence of kites capable of towing a boat in severe weather conditions and propelling a boat using energy from severe crosswinds.

The propulsive power requirements of commercial ships involve massive amounts of power, such as 25,000 to 35,000-horsepower. At the present time, the largest 3-bladed wind turbines develop 12,000kW or just over 16,000-Hp. Severe winds have caused the structural collapse of wind turbine towers. As a result, ship pitching and rolling could cause destruction of the tower of a mobile super-size horizontal-axis wind turbine. There may be scope to develop mega-scale vertical-axis wind turbines such as Magnus (Flettner) rotors on floating platforms and capable of withstanding severe ocean wave imposed dynamic structural loadings.

A pair of mega-size Magnus rotors mounted on a bidirectional catamaran may be coupled to the stern of a commercial ship. The catamaran twin hulls may be spaced 100-m or 300-feet apart, with the Magnus rotors extending up to 200-m above the twin hull platform. Torque reaction control arms secured to the ship’s hull would minimize catamaran pitching. Magnus rotors would drive electrical generators that would supply power to electric motors installed inside the ship and drive propellers. Such wind technology could propel ships sailing westbound across the North Atlantic from Europe to North America.

While mega-scale wind power technology could provide ship propulsion, the technology would be too large to enter ports or pass below bridges. Offshore terminals would be required for mega-scale, ocean going wind power technology. The wind turbine ship power unit would be uncoupled from the ship at an offshore terminal, where it would be secured. A mobile generator vessel may subsequently couple to the stern of the ship and provide electric power to the ship’s electric motors and propellers, to allow the ship to sail for the final few miles to dockside.

Mega-scale Magnus rotors coupled behind a vessel stern would assist in North Atlantic westbound propulsion, with vessel to sail directly into the wind. Airborne kite-sail technology would assist in providing eastbound propulsion from North America to Europe. There may be scope to use such wind technology to sail ships between South America and Asia on a voyage via Cape Town, also in trans-Pacific service. Wind turbine terminals would be required at both north and south entrances to the Suez Canal, to allow ships to sail the South Side Canal–Asia and North Side Canal–Europe services.

Future research into wind powered ship propulsion would likely focus on developing much larger scale wind turbines capable of sailing ships directly into headwinds. Due to space restrictions at port and comparatively low roadway bridges at several ports, separate floating platforms would carry mega-scale wind turbines. In some cases, the wind turbines would generate electric power to sustain operation of the ship propeller(s), in which case the ship would tow the turbine platform. Special levers would connect to the ship hull to minimize pitching of the turbine platform.

An aircraft hobbyist built a model plane with slatted, stepped or staircase wing configuration to allow low speed flight without stalling. The stepped wing is able to maintain very low air pressure on the equivalent of the wing upper surface at low flight speeds. When installed vertically on a boat deck, the stepped wing airfoil would maintain low air pressure on the downwind or shadow side, providing a large difference in air pressure between windward and downwind surfaces. For boat propulsion, being able to invert a staircase airfoil would offer greater versatility in terms of wind direction.

Modern freight ships are built to greater length and beam than earlier wind driven commercial ships. Several modern fabrics can offer higher tensile strength and even greater long-term endurance than earlier generation sail fabrics. Ships that bypass sailing under bridges may carry an extreme height of cable stabilized mast capable of securing a super-size sail system to be deployed when sailing parallel to trade winds. It could involve a width of 500-feet (150-m) with maximum height secured close to 200-m or 660-feet above sea level. It could be deployed in addition to airborne kite-sails.

Future research could explore the possibility of installing ultra-tall masts on bi-directional twin-hull catamaran units to be coupled to a ship’s bow area at multiple elevations and points so as to minimize or eliminate pitching movements. The same catamaran hull could also carry Flettner rotors to be deployed when the same end is coupled to a ship’s stern, with ship sailing into a headwind. Ship bow and stern would include identical couplings for the catamaran, with forward mega-sails deployed while sailing downwind. The catamaran would be attached to and detached from a ship outside of the port terminal area.

Catamaran mounted super-sails that provide downwind propulsion would be mounted high above the water, allowing for installation of fold-up mega-size kite sails at lower elevation. Drones may be required to assist in launching such kite sails, larger versions of existing technology, where kite sail towing cables would be secured to the catamaran which in turn would be secured to the ships main hull in a manner to prevent catamaran pitching. Upon arrival outside the destination port, drones may assist in retracting and folding the kite sail for it to be placed into storage.

Kite sails secured to each side of the hull would convert higher altitude energy from faster blowing crosswinds into propulsive force. However, mega-size kite sails main application would be to provide propulsion while sailing parallel to trade winds. The use of a bi-directional catamaran that couples to either ship bow or stern and includes mega-size kite sails, super-size sails and mega-size Flettner rotors would allow wind energy to assist in the propulsion of container ships where deck mounted sails would be impractical. Container ships would require an alternative wind power technology.

This news is a total 917 time has been read
Tags: Future Possibilities in Ship Wind Propulsion