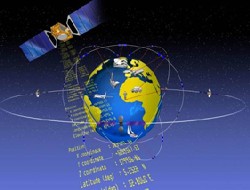 EU project to set up its own satellite-based positioning system, Galileo, is in crisis according to German minister Mr. Tiefensee, An EU Council of Ministers meeting yesterday set deadlines for the project to be brought back on track.

THE European Union’s project to set up its own satellite-based positioning system, Galileo, is in crisis according to German transport minister Wolfgang Tiefensee, An EU Council of Ministers meeting yesterday set deadlines for the project to be brought back on track.

Mr Tiefensee said: “Galileo has not yet overcome its difficulties. It is true that the industry has made some moves in the right direction. The concession contract has been concluded. But the consortium has yet to resolve elementary issues. Thus, for instance, decisions within the consortium can only be taken by unanimity. But we need a consortium company that is capable of negotiating and taking decisions, so that the blockades are not continued. That is why Galileo is still in a crisis”, said the at today’s EU Transport Council in Brussels.”

A German government statement said: “There have been major delays in the negotiations on the concession for the European Galileo satellite navigation system. This is due primarily to inadequate organisational and management structures within the bidding consortium and to disagreements regarding the distribution of work shares. For this reason, Mr Tiefensee, in his capacity as EU Council President, today presented to his European counterparts a package of concrete measures to resolve the current blockade, and made it clear that any further delay in this major European innovative project is unacceptable.” Mr Tiefensee added: “At its meeting today, the EU Transport Council reached agreement on a way to en-sure the speedy continuation of the Galileo project. In the Conclusions, which were adopted at my suggestion, the European Commission is requested to develop scenarios by June as to how Galileo can – if necessary – be realized in a different way. Because it would appear likely that we will face similar delays to the project in the future. Likewise, the consortium has been given a deadline – 10 May – by which they are to have solved their internal problems and overcome any blockades. In addition, I expect the European Commission to embrace the political leadership role it has been given and to do everything it can to remove the existing obstacles.” said Mr Tiefensee.

This news is a total 1160 time has been read