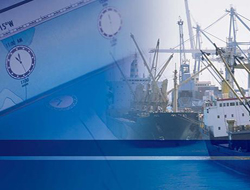 Norwegian P&I club Gard is leading a suit against government of Norway for up to NKr700m ($103m).

Norwegian P&I club Gard is leading a suit against government of Norway for up to NKr700m ($103m).

Norwegian P&I club Gard is leading a suit against government of Norway for up to NKr700m ($103m), claiming inaccurate chart data led to the death of 18 seafarers in 2004.

The 26,000 dwt Rocknes capsized in the Vatlestraumen, a navigable stretch of water between Bergen and the open sea after hitting a submerged rock, which Gard and others say was not marked on the charts.

Of the 29-strong crew from the Philippines, Netherlands, Germany and Norway, 18 perished in the freezing waters.

Some of those rescued had been found huddled into air pockets trapped in the upturned vessel, while the only member of the bridge team to survive was the Norwegian pilot, Vermund Jalhjem.

Gard is one of a group of about 13 parties that have taken the action to the Oslo District Court, contending that the state hydrographic department had known about the shallow rocks prior to the disaster.

The claimants, who include shipowner Hartmann, the Norwegian Hull Club and the manufacturers of the specialist equipment onboard the vessel, are being represented by Trond Eilertsen, a partner with Wikborg & Rein in Oslo.

Proceedings will take an in-depth look

Mr Eilertsen told that the proceedings will take an in-depth look at the procedures of producing a chart, how the hydrographers work and provide notices to mariners, as well as the actual navigation of the Rocknes at the time of the incident.

The government argues that the Rocknes should not have been there in any case as there was insufficient water for the vessel.

In June 2005, Norwegian prosecutors dropped charges against the state hydrographers for dereliction of duty over the incident, but indicated that the National Mapping Agency and the National Coastal Directorate had failed to communicate effectively.

Cases against national hydrographers are uncommon, but not unheard of. In the early 1980s, the Swedish Supreme Court found the government guilty of negligence after the Russian tankerTsesis ran aground in 1977 on an uncharted reef in the Baltic, spilling 1,000 tonnes of oil.

The Rocknes incident was the subject of an earlier investigation by the Norwegian Maritime Administration. This was criticised at the time as the NMA had been instructed by the government to limit its inquiry to a technical investigation of the ship, rather than looking at the incident as a whole, including the navigation of the vessel, the markings of the leads through the channel, and the visibility from the bridge.

The 2001-built Rocknes had been converted into the world"s largest flexible fall-pipe vessel by Bergen-based Jebsen Marine, which had the vessel on a bareboat charter from German KG financier Hartman. There were claims at the time that the vessel"s large deck structures hampered visibility.

Even with this ongoing court case and the earlier 2004 enquiry, there is still a need for the Norwegian authorities to start a full enquiry into the causes of the accident, according to the Skagerrak Foundation, a transport safety lobby group formed three months after the accident. The foundation"s Arne Sagen said that there were other similar vessels still trading in the Vatlestraumen.

?This might happen again, so an enquiry should cover what is expected of the International Maritime Organization resolution that has been ratified by the Norwegian government,? he said, putting the blame on the Oslo government for the inadequate first enquiry.

The case is expected to conclude in March.

This news is a total 4532 time has been read