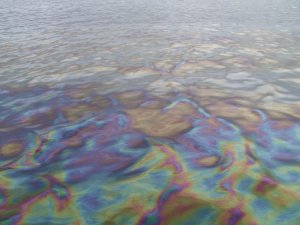 Marine insurance company Gard has urged seafarers to exercise caution when operating in Brazil’s North-Eastern region, whose shorelines have been polluted by an oily substance in the form of lumps of tar.

The company said that over 130 tonnes of oil waste had been collected on the many affected beaches by October 10, noting that Brazil’s environmental agency IBAMA reported of at least 120 locations in 77 municipalities in the nine north-eastern states that are affected by the oil spill.

While the source of the oil spill is still unknown, Brazil’s environmental agency IBAMA stated that the substance is ‘crude oil’ of a type that is not produced in Brazil.

Hence, one hypothesis is that the oil spilled from a vessel passing near the Brazilian coast. The Brazilian Navy will reportedly approach approximately 140 tanker vessels identified to have sailed along Brazil’s coast during the past months and require them to provide evidence of no involvement.

Gard warned that, as long as the source of the oil spill has not been identified, a vessel contaminated by oil floating on the water will not be able to claim cleaning costs and delays from a “responsible party”.

This news is a total 1143 time has been read
Tags: Brazil, Gard, Oil Spill.