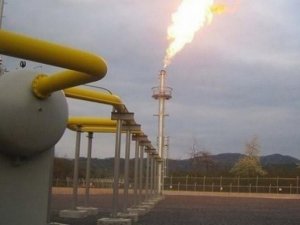 With opening of U.S. LNG market as well as trade potential with Iran and Australia, gas price war is unavoidable, expert says

Janicki told Anadolu Agency that the global gas market differs significantly from the oil market, and when the U.S. and EU gas market is compared, there is a huge gas price gap.

"The level of further decrease depends mainly on how far the EU’s gas trade relationship with the U.S. will go. The final price will also be determined by further technological progress in liquefaction, transportation and regasification of LNG," he said.

He stressed that the opening up of the U.S. LNG market should not only impact gas prices in Europe, but also will affect the continent’s strategic energy security.

"Yet, the key to achieving this goal is the expansion of infrastructure in the EU, which applies especially to Central Europe. It should be appreciated that this challenge has been recently recognized by the EU’s ‘winter package’, presented by the European Commission on Feb. 16. The package maps out the EU’s strategy for LNG supply and storage, which is something Central European Energy Partners have been calling for to the European Commission," said Janicki.

Janicki said the common goal of EU institutions and industry organizations should be in allowing member states to have a level playing field for LNG access.

"This demands prioritizing infrastructure projects in Central Europe which will impact enhancing the LNG receiving facilities, interconnections and reverse flows. An important component of this plan should be the North–South Corridor, the task of which is to integrate key infrastructure projects, including the existing and planned LNG terminals, from the Baltic to the Adriatic, and ultimately to the Black Sea. It is only through a holistic approach to infrastructure – on both EU and regional levels – that we may deeply diversify the EU’s supplies of strategic resources, especially liquefied natural gas," Janicki explained.

The first of the U.S.' LNG exports from Cheniere's Sabine Pass facility in Louisiana is en route to Brazil, Meg Gentle, president of marketing at Cheniere, announced last week.

Cheniere's Sabine Pass project was first to acquire an LNG export permit in the U.S. It was authorized in 2012 to export LNG up to the equivalent of 2.2 billion cubic feet (66 million cubic meters) per day of natural gas for a period of 20 years.

According to BP’s 2016 Energy Outlook, by 2035, LNG will surpass pipeline imports as the dominant form of traded gas.

In 2014, 664 billion cubic meters (bcm) of piped natural gas was traded while 333 bcm of LNG was traded in the global market.