Gas storage gets less attractive in US due to low prices 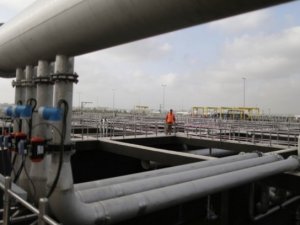 Natural gas storage has become less attractive in the U.S. as abundant natural gas supply renders the financial gains from storage negligible, according to the country's Energy Information Administration (EIA).

Increasing production of natural gas from shale resources, low gas prices, and higher temperatures in the winter season have led to almost no new gas storage facilities being built in the U.S. for the second year in a row, the said EIA Thursday.

Gas storage facilities serve as a hedge against high gas prices during the winter season. With storage, gas distributors or large gas consumers can buy and store less-expensive gas during the summer, and withdraw it later in the winter when prices are usually higher due to higher demand.

However, high gas production levels and low prices are "affecting markets for seasonal natural gas storage, including the value of additional storage capacity," according to the EIA.

Mostly along the U.S.' Gulf Coast, this consists of leached caverns in salt deposits, according to the EIA.

"While far smaller in volume, salt storage can be cycled in and out many times a year, allowing the stored natural gas to be withdrawn quickly to meet market needs, such as to provide heating during cold snaps or to take advantage of arbitrage when prices spike for other reasons," it explained.

This news is a total 4312 time has been read
Tags: Gas storage gets less attractive in US due to low prices, Turkish, Maritime