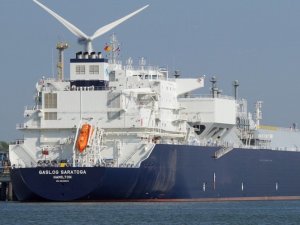 Total Gas & Power Chartering has fixed a GasLog VLGC newbuilding on a seven-year timecharter, commencing when the ship is delivered from Hyundai Heavy Industries in mid-2018.

GasLog said the average long-term charter rate and the gross contracted revenue from the contract is estimated at $190m over the seven-year period, which is equivalent to around $74,364 per day.

The deal includes a three-year optional extension period for the 174,000-cbm vessel, currently known as Hull 2801.

All six of GasLog’s newbuildings awaiting delivery now have firm, long-term charters of between seven and ten years.

“Total is both a leading and growing player in the global LNG industry and this meets our objective of broadening GasLog’s long-term customer base,” Paul Wogan, GasLog’s CEO, said in a release.

“The contracted EBITDA from this vessel means that GasLog has over $180m of annualised in-built EBITDA from its eight newbuilds, two of which have already been delivered this year,” Wogan added.