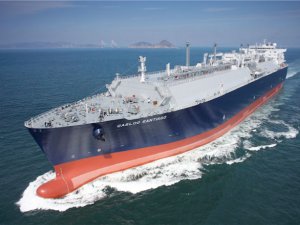 Operator of liquefied natural gas (LNG) carriers GasLog has reported a loss of USD 16.4 million during the three-month period ended September 2016, compared to a profit of USD 4.8 million seen in the same period a year earlier, mainly due to increased fin

The company’s revenues increased to USD 120.7 million in the quarter from USD 105.8 million recorded in the corresponding period of 2015, mainly driven by the deliveries of GasLog Greece, GasLog Glasgow, GasLog Geneva to GasLog’s fleet.

“Our demand outlook for LNG carriers with long-term charters remains positive. We continue to see a number of tenders for multi-year charters for vessels, which we expect will be used to transport volumes from new liquefaction facilities due to commence production over the coming years,” the company said, adding that these new LNG volumes “will create demand for additional ships over and above those available in the market today.”

As of September 30, 2016, the total future firm contracted revenue stood at USD 3.51 billion, including the nine vessels owned by GasLog Partners as well as the recent Centrica charter, but excluding the vessels operating in the spot market.

Following the quarter-end, GasLog was awarded a seven-year charter by a subsidiary of UK-based utility company Centrica plc commencing in 2019.

In conjunction with this charter award, the company entered into a shipbuilding contract with South Korea’s Samsung Heavy Industries for the construction of the 180,000 cbm LNG carrier, scheduled for delivery in the second quarter of 2019.

“In recent weeks, GasLog added Total and Centrica as long-term customers. We are delighted to broaden our customer base with two leaders in the global energy sector and we look forward to building these relationships as they develop their own LNG businesses,” Paul Wogan, Chief Executive Officer, said.

This news is a total 4242 time has been read
Tags: GasLog Optimistic on Demand Outlook for LNG Carriers