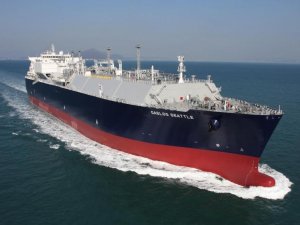 Owner and operator of LNG carriers GasLog Partners LP has reported a slight increase in its fourth quarter profit to USD 25.4 million from USD 23.1 million seen in the same quarter in 2015, representing a rise of 10 percent.

The company’s revenues for the quarter remained at a similar level as a year earlier, as the revenues stood at USD 57.9 million, compared to USD 58.1 million reached in the fourth quarter of 2015.

For the full year of 2016, the company’s profit was unchanged at USD 77.3 million, while the full year revenues were at USD 228.7 million, representing an increase of a mere 2 percent compared to the previous year.

In the fourth quarter, GasLog Partners finalized the acquisition of the GasLog Seattle from GasLog Ltd. for USD 189 million with attached multi-year charter to a subsidiary of Royal Dutch Shell plc.

“Following the successful acquisition of the GasLog Seattle, GasLog Partners delivered our highest-ever quarterly and annual partnership performance results for revenues, profit, EBITDA and distributable cash flow, among other metrics. As a result of this performance, we are increasing our quarterly cash distribution to USD 0.49 per unit, which represents 11% compound annual growth since our initial public offering,” Andrew Orekar, Chief Executive Officer of GasLog Partners LP, said.

The total net proceeds after deducting underwriting discounts and other offering expenses will be USD 77.06 million.

“With a significant forecast increase in LNG supply and a growing number of new demand centers, GasLog’s demand outlook for LNG carriers with long-term charters remains positive,” the company informed.

GasLog Partners added that it continues to see tenders for multi-year charters for vessels, which are expected to be used to transport volumes from new liquefaction facilities coming online over the coming years.

This news is a total 786 time has been read
Tags: GasLog Partners Sees Slight Rise in Profit