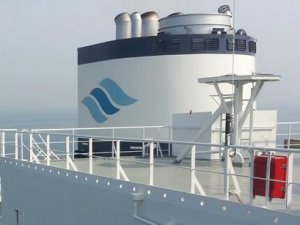 Greece-based GasLog Partners LP has reached an agreement to buy 100% of the shares in the entity that owns and charters the liquefied natural gas (LNG) tanker GasLog Geneva from GasLog Ltd.

The aggregate purchase price for the 174,000 cubic meter tri-fuel diesel electric LNG carrier will be USD 211 million, which includes USD 1 million for positive net working capital balances to be transferred with the vessel.

GasLog Partners expects to finance the acquisition with cash on hand, including proceeds from its recent preference unit offering, and the assumption of USD 155 million of GasLog Geneva’s existing debt.

The company informed that the transaction is scheduled to close in the third quarter of 2017 and is subject to satisfaction of certain customary closing conditions.

The 2016-built vessel is currently on a long-term time charter with a wholly owned subsidiary of Royal Dutch Shell plc through September 2023. Shell has two consecutive extension options which, if exercised, would extend the charter for a period of either five or eight years.

“GasLog Geneva represents the eighth LNG carrier the Partnership will have acquired from GasLog since our IPO, and this strategically attractive vessel plus its charter to Shell provide over six years of stable cash flows,” Andy Orekar, Chief Executive Officer of GasLog Partners, said.

With this move, the Partnership expands its fleet to eleven LNG carriers, extending the company’s average remaining charter duration and increasing its revenues and EBITDA.

This news is a total 808 time has been read
Tags: GasLog Partners to Buy LNG Tanker GasLog Geneva