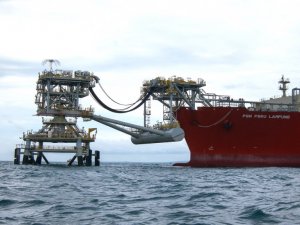 GasLog has entered into a sale and purchase agreement to acquire a 20 percent shareholding in Gastrade.

Gastrade is licensed to develop an independent natural gas system offshore Alexandroupolis in Northern Greece utilizing a floating storage and regasification unit (FSRU) along with other fixed infrastructure.

Gastrade is currently in discussions with a number of additional potential investors, including DEPA, the Greek state owned gas company, Bulgarian Energy Holding (BEH), the holding company of the Bulgarian Ministry of Energy and major gas suppliers. The FSRU project would provide a new route and a vital source of gas diversification to a number of European countries that are currently highly dependent on pipeline gas in South East and Central Europe.

Gastrade targets to take final investment decision by the end of 2017 with the FSRU scheduled to be operational by end of 2019.

“I am delighted that GasLog has been invited to join Gastrade. This is a strategically important energy import project for the region. The FSRU will be used as a gateway for LNG imports into Southern Europe, where there is a growing demand and a need to diversify existing gas supply,” said Paul Wogan, chief executive officer of GasLog.

In December, Gaslog said it has begun ordering long lead items for the conversion of an LNG carrier to a FSRU at Singapore’s Keppel Shipyard.

This news is a total 789 time has been read
Tags: Gaslog signs FSRU deal