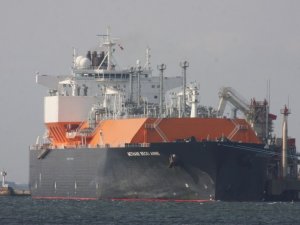 Monaco-based owner, operator and manager of liquefied natural gas carriers GasLog Ltd. has entered into an agreement with Methane Services Ltd., an affiliate of BG Group, to acquire two tri-fuel diesel electric LNG carriers for a cost of USD 460 million.

The two vessels, Methane Becki Anne and Methane Julia Louise, will be chartered back to BG for periods of nine and eleven years with further options by the charterer to extend the term of the time charter for each vessel by either three or five years.

Upon completion of the acquisition, the consolidated GasLog group will have total contracted revenues of approximately USD 3.3 billion.

The two vessels were built at Samsung Heavy Industries and delivered in 2010. GasLog supervised their construction and has technically managed both ships since delivery. They have TFDE propulsion, a cargo capacity of 170,000 cubic meters and have on-board reliquefaction plants, which enable reduced consumption of natural gas at lower speeds.

In connection with the transaction, GasLog has obtained commitments from DNB Bank ASA, for a USD 325 million secured credit facility and a USD 135 million subordinated two-year loan facility at rates in line with recent GasLog financings.

Paul Wogan, CEO of GasLog, said: “This is the third accretive transaction we have been fortunate enough to enter into with BG Group in 2014. The acquisition of these two latest modern LNG ships is a great start to the 40:17 strategy put forward at our recent investor conference. These ships will be added to the Gaslog Partners drop down pipeline, extending the built-in growth for longer. Including this transaction, we will have added twelve ships to the GasLog fleet in 2014.”

GasLog expects the transaction to close in the first quarter of 2015. The charter commencement is expected to take place at the same time.