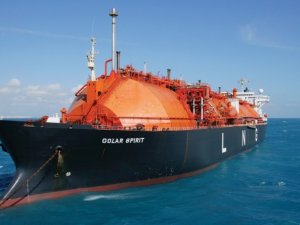 Gaslog, Star Bulk Carriers and Golar LNG have been hailed by Drewry Financial Research Services as the best performing maritime equities of 2016.

Describing the year as “the most tumultuous and dreadful year for the global maritime industry in recent history”, Drewry said that overall industry returns have been “uninspiring with the majority losing money for their investors”.

“The company had a stellar run since the beginning of the year as investors took advantage of the low valuations amid stabilising oil markets. The high charter cover and receding concerns over debt repayment gave investors the much-needed confidence,” Drewry explained.

Star Bulk Carriers was the second best performer under Drewry’s coverage. “The stock price raced ahead as the bankruptcy risks that were priced in early 2016 faded and the company’s success in raising capital as well as its debt moratorium soothed investors’ nerves,” the analyst noted.

Golar LNG took bronze, rebounding from multi-year lows. The gas company benefitted from improvement in oil markets and progress made towards completing the company’s first FLNG vessel, according to Drewry.

This news is a total 1359 time has been read
Tags: Gaslog, Star Bulk Carriers and Golar LNG hailed as best maritime equities of 2016