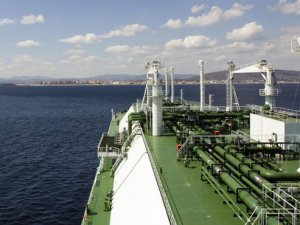 NYSE-listed owner and operator of gas carriers GasLog Ltd. reported USD 16.7 million profit for the quarter ended June 30, 2015, as compared to USD 3.5 million recorded in the second quarter of 2014.

The rise in quarterly earnings and revenue was mostly due to an increase in vessel operating days.  GasLog had 1,464 operating days for the quarter ended June 30, 2015, as compared to 976 operating days in the second quarter a year earlier. The increase in operating days resulted from the new vessel deliveries and on-the-water vessel acquisitions during the period, says GasLog.

”Despite a challenging short-term market, we have been active during the quarter and have placed our vessels on a number of short-term fixtures adding a number of excellent new customers. We believe that GasLog remains well positioned to continue growing into attractive future markets for LNG shipping and with seven of its eight undelivered vessels on long-term contracts of between seven and ten years, we have a solid financial and operational platform on which we can continue to build,” Paul Wogan, Chief Executive Officer, said.

Looking ahead, GasLog is seeing a number of positive developments that should support long-term growth in the LNG sector despite a current weakness in the LNG spot market.

While the short-term market for LNG shipping remains challenging due to the current oversupply of vessels, GasLog expect that the increase in liquefaction in the second half of the year will lead to increasing fleet utilization which in turn will start to improve spot vessel earnings.

The second 4 mtpa train at BG’s Curtis project has just started production and a number of other major Australian projects, such as Gorgon, Australia Pacific and Gladstone are scheduled to start production.

GasLog also anticipates the Angola project, which was shut down for refurbishment, to be operational in the coming months. Sabine Pass, the first of the US projects expected online is also due to export LNG by the end of the year marking the start of a major wave in U.S. exports.

This news is a total 3808 time has been read
Tags: gaslog, upbeat, quarter, reports, turkishmaritime