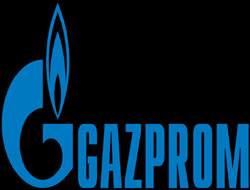 The surge in Gazprom quotes that followed the inauguration of Dmitry Medvedev, ex-chairman of Gazprom BOD, advanced the monopoly to the world?s third position in terms of capitalization.

The surge in Gazprom quotes that followed the inauguration of Dmitry Medvedev, ex-chairman of Gazprom BOD, advanced the monopoly to the world"s third position in terms of capitalization.

Gazprom that has outpaced General Electric and China Mobile is still underestimated and may climb even higher if its reserves are revaluated, the analysts speculate.

Gazprom that grew 4.8 percent on the market on the day of Russia"s new president inauguration gained another 4.2 percent the next day.

The capitalization widened to $340 billion at close of May 8. RTS held no trading Friday due to the day-off, but Gazprom"s ADR surged 3.4 percent on LSE. As a result, its capitalization stepped up to $359.8 billion, moving it from the fifth to the third place in the world rating and enabling it to leave behind China Mobile ($337.2 billion) and General Electric ($325 billion). U.S. Exxon Mobil ($476 billion) tops the list and China"s PetroChina ($441 billion) is the second leader.

It isn"t the first time that Gazprom joined the league of capitalization leaders. It was one of the three giants in 2006, but sank from the third score and was just the seventh worldwide ($302 billion) a month ago.

Meanwhile, top managers of the monopoly had long emphasized its general underestimation. During the last AGM, Dmitry Medvedev and Gazprom CEO Alexei Miller vowed its worth would probably go up to $1 trillion in the nearest future.

The capitalization of world biggest energy companies generally grew on skyrocketing prices for energy, but the worth of Gazprom went down on the plans of the government to hike the severance tax for the country"s gas companies. In late March, however, the cabinet decided to shelf this initiative till 2011.

This news is a total 1226 time has been read