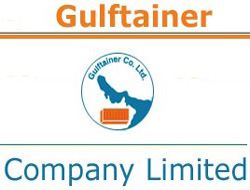 Gulftainer holds talks for deals in Turkey and India

The company said it is looking for both container and general cargo opportunities. "Gulftainer is negotiating to become involved in one or more ports in Turkey, probably in the Marmara region," commercial manager Keith Nuttall told Gulf News.

He said his company considers Turkey "as a major economic force both now and in the future, with huge potential, not least in the ports and transport sectors."

Gulftainer is close to forming a joint venture with a Turkish logistics and transportation company. In India, it has tied up with construction and infrastructure development firm Lanco to explore port and transportation projects.

Paradip Port, one of India's major seaports, is among the facilities Gulftainer is hoping to manage.

"Various port projects are being assessed but most are only at the initial stages," Nuttall said.

With global cargo movement growing, ports are seen as an attractive asset for investment by both port companies and infrastructure funds.

Gulftainer said its facility in Mutsumudu in the African island nation of Comoros should come onstream this year. Under a deal signed in late 2006, the company took over management of the port of Moroni and began developing Mutsumudu port.

In other investments, Gulftainer MTI, the company's partnership with Karachi-based logistics firm Pak Shaheen Group, aims to triple its truck fleet to 100 by the end of 2008.